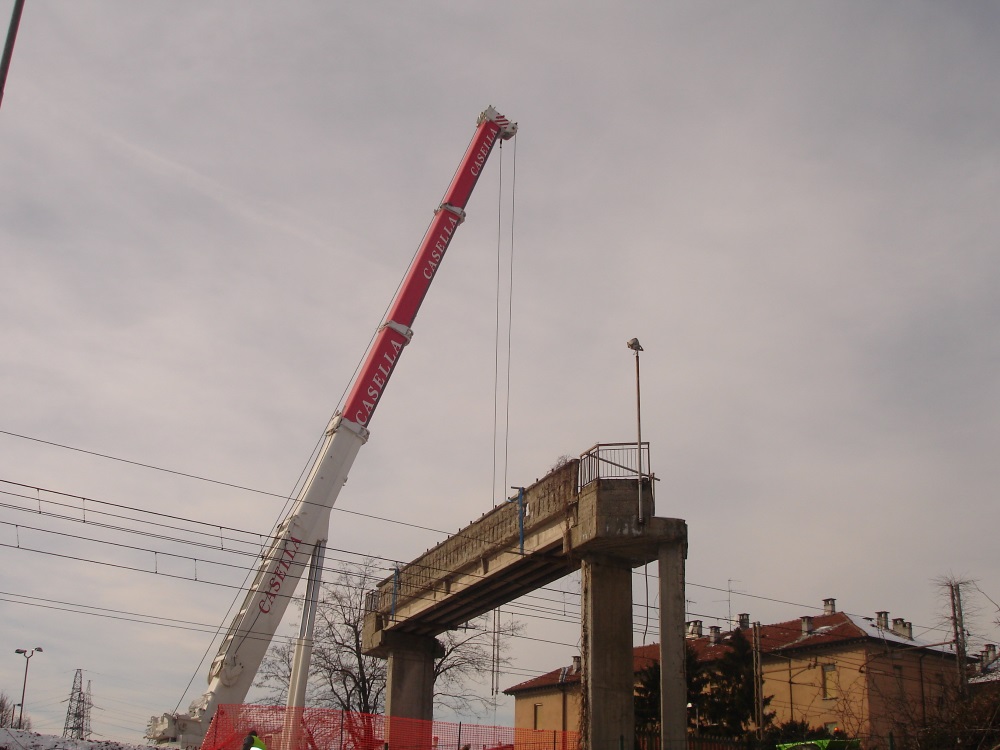 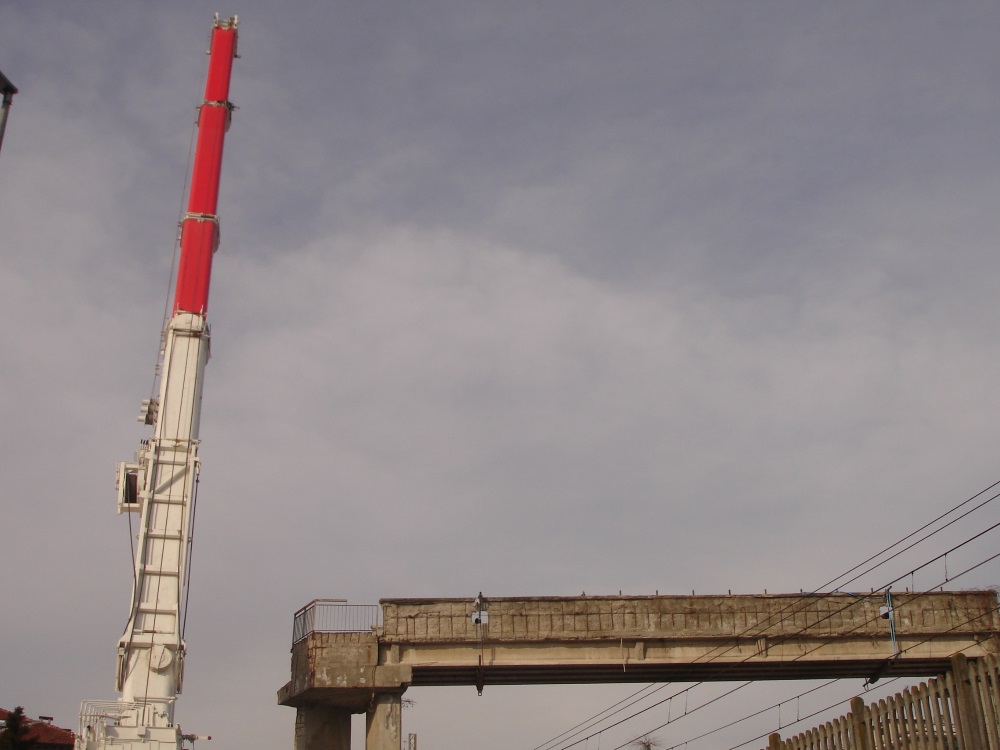 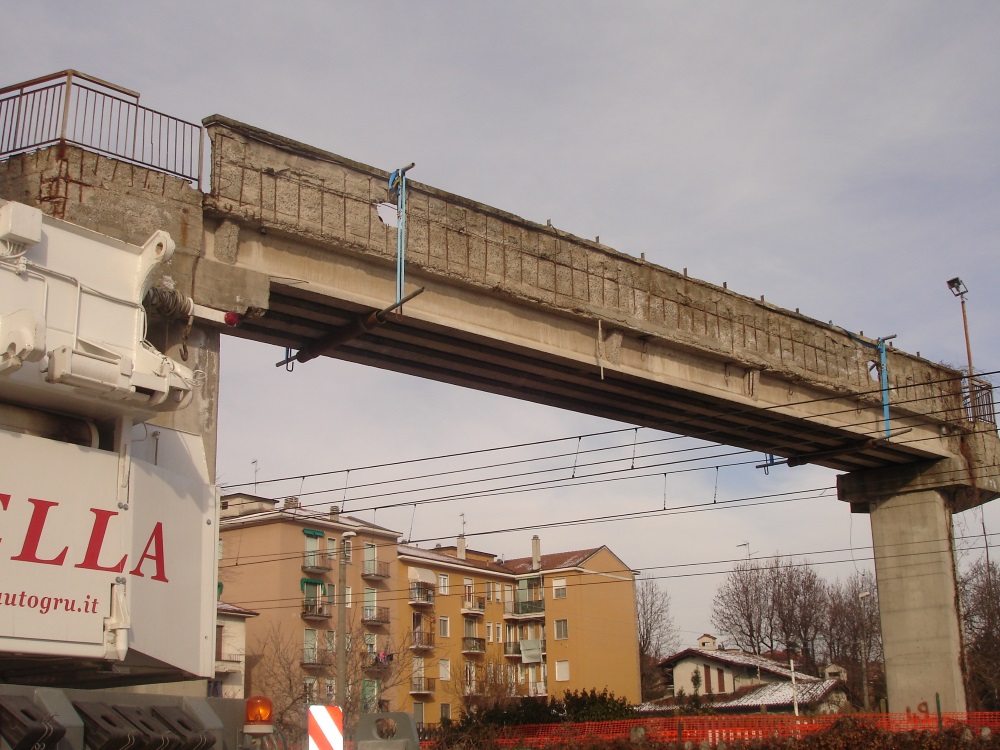 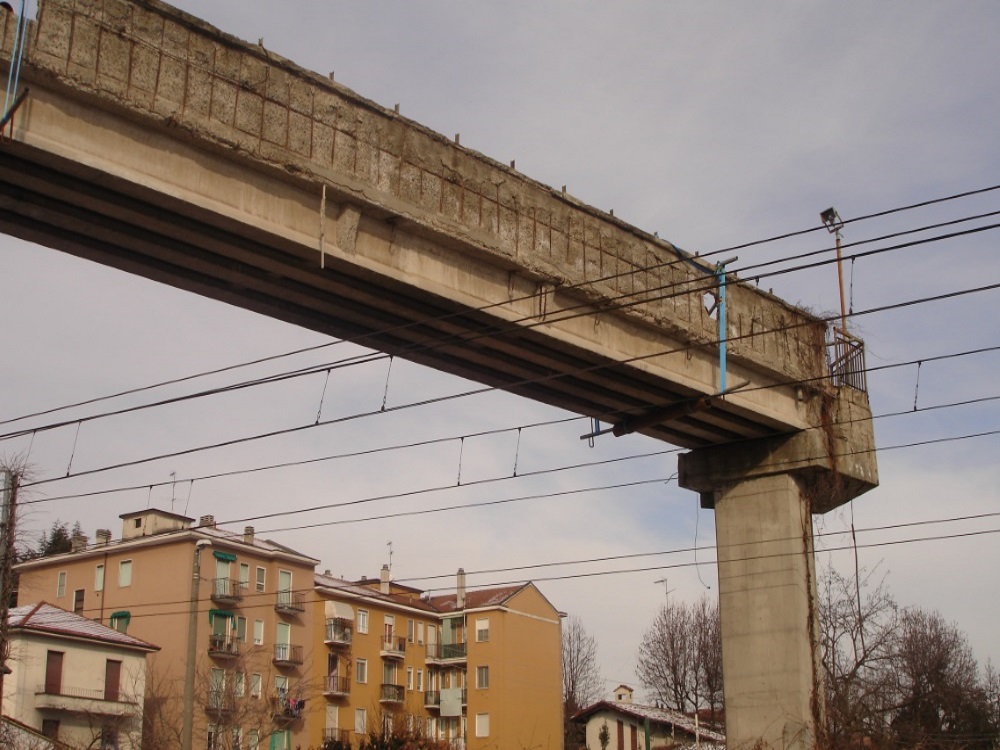 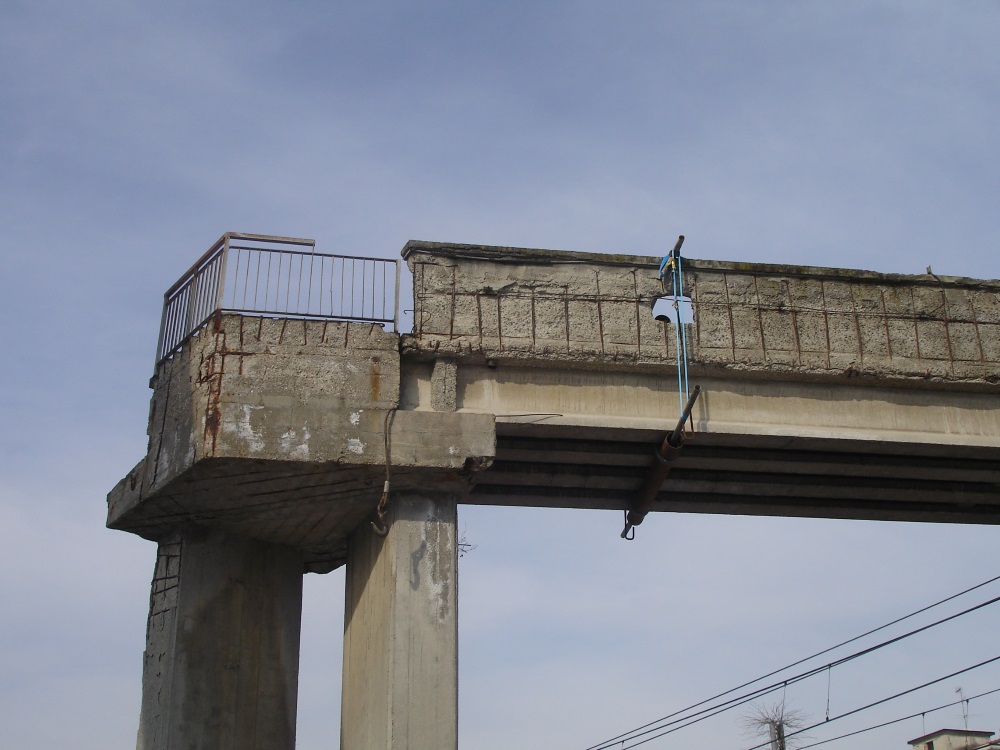 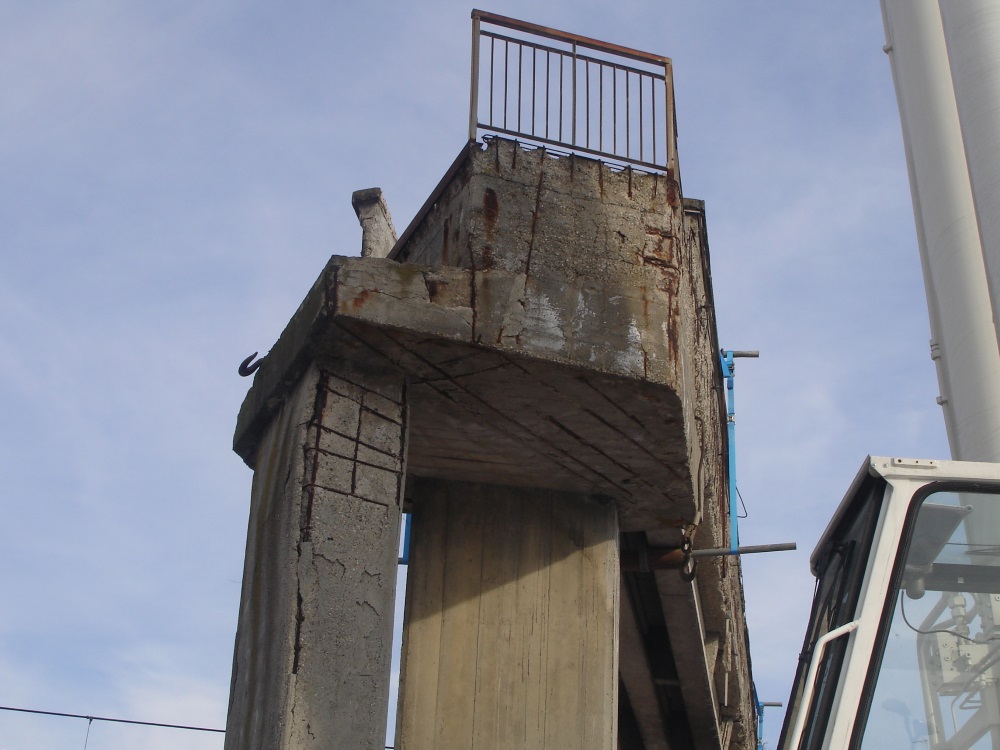 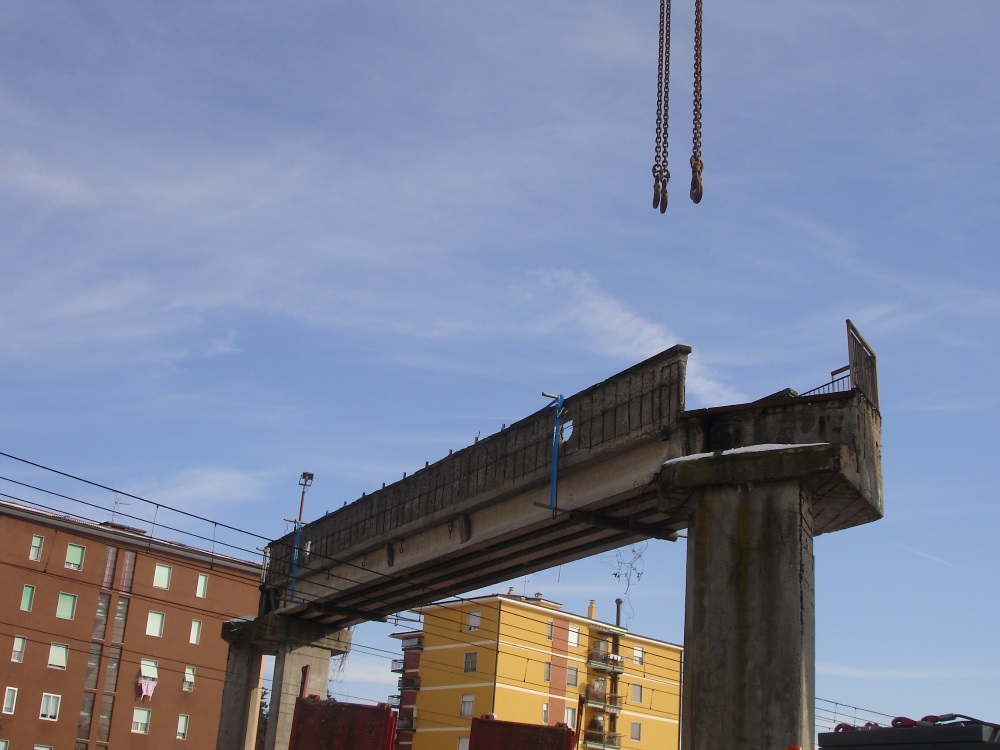 The project consists of the demolition of the bicycle and pedestrian flyover along the railway line Milan – Bologna.
The works have been carried out as such:
We prepared the adjacent area in order to place the crane and carried out the demolition of the flyover access ramps. Part of the masonry has been demolished in order to release the connection existing between pillars and the horizontal prefabricated part. The horizontal part (bridge) has been removed and we demolished the pillars supporting the flyover. The prefabricated elements have been transported to the recovery plant for subsequent crushing and rubble disposal. We provided backfills due to foundations removal and also hard landscaping